Many companies use the new year as an opportunity to take stock of the past year and review what went well, what wasn’t so good, and which resolutions they’ll make for the new decade. 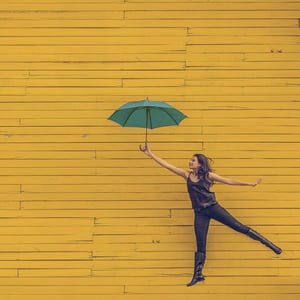 At eperi, we’ve also been thinking about this and have started our review of the year in an unusual way – by drawing a conclusion. Most companies today no longer wonder if they should use cloud computing, but how. This is also the conclusion KPMG arrived at in its new Cloud Monitor 2019. More than 70 percent of German companies are using some form of the cloud today. Although the user numbers are constantly increasing, many firms still have concerns about data security and protection. And no wonder, if you take a look at some of the most highly publicized data breaches in 2019.

British Airways: following a hacker attack, the British airline is being threatened with a fine equivalent to 204 million euros due to its violation of the European Data Protection Regulation. A data protection vulnerability in the online booking system enabled cyber-criminals to steal the personal data and bank account information of about 500,000 customers.

Capital One: sensitive data concerning more than 100 million customers were stolen during a cyber-attack on this large US bank. The haul included names, postal addresses, phone numbers, email addresses, and dates of birth. It also comprised earnings details of customers who were interested in credit card-related products or wanted to acquire a Capital One bank card.

Facebook: 540 million data sets were published without users’ consent when strictly confidential data like names and passwords was uncovered on unprotected servers. In the same month, Facebook admitted it has been storing millions of Instagram user passwords in dangerously unsecured plain text format.

Marriott: In a devastating attack on the reservation system of the Marriott subsidiary Starwood, hackers were able to tap into 383 million data sets. The British data protection watchdog ICO said in July 2019 that it had imposed a fine equivalent to 110 million euros on the company.

Quest Diagnostics: one of the largest blood test providers in the US admitted that hackers had been able to access data concerning about 12 million of its patients that was stored at its billing service provider, the American Medical Collection Agency (AMCA). The agency had stored sensitive information like credit card numbers, medical details, and personal data with no protection.

These incidents from 2019 show that companies are not safe from hacker attacks. In the worst-case scenario, you can be exposed to huge fines as well as damage to your image. This can lead to a loss of trust from your customers – who may even go elsewhere.

So what can you do? Would it be better to avoid cloud computing completely? That won’t be necessary. eperi founder and CEO Elmar Eperiesi-Beck says:
“No-one can prevent data from being stolen. But the eperi Gateway can prevent thieves from being able to do anything with it.”

The eperi Cloud Data Protection solutions function on the principle that all sensitive company data is pseudonymized before it leaves the company. In other words, the only thing you’re storing in the cloud is encrypted data that is useless to hackers. And you as a company keep sole control over the encryption process, ensuring security for your staff, partners, and customers.

There’s another benefit too. To comply with the EU’s General Data Protection Regulation (GDPR), companies are obliged to report security incidents within 72 hours. But if your data is unusable due to pseudonymization, you can be exempted from this obligation. The advantages are clear: you save valuable time; minimize the documentation effort; and do not risk damage to your reputation by the incident going public.

Thanks to their patented template concept, eperi Cloud Data Protection solutions are suitable for all common cloud applications, such as Salesforce and Office 365. Find out more here: https://eperi.com/de/cloud-data-protection/

Is the security of your cloud data one of your new year resolutions for 2020? Then put your good intentions into practice today. Our specialists are always ready to help: kontakt@eperi.de.