Sensitive personnel data, secret business data, confidential finance reports - all stored in the cloud? For many people and companies this does not seem to be a problem. Few people are likely to realize that the cloud is like a stranger's computer. Would you trust your secret data to just anybody? Probably not. You  would take precautions - and companies should do the same before using the cloud. 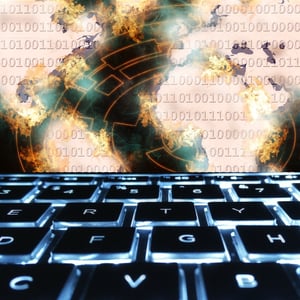 Using the cloud definitely makes sense for companies, because many processes can simply be outsourced. Instead of working with their own hardware and software, they use the cloud provider's infrastructure. Applications such as Office 365 or Salesforce are particularly popular. This not only saves costs, but also brings advantages in terms of scalability. Computing power or storage space can be adapted to actual requirements at any time. In addition, other locations can be connected to the service used with little effort.

The use of the cloud can, however, become a problem if a company's sensitive data - such as personnel data, customer data or intellectual property such as research and development results - is stored there. Reports of data theft are all over the news again and again. Data thieves are becoming ever more sophisticated and are constantly developing new methods to obtain the desired data. This proves that in the end, no one can prevent data from being stolen. Especially when you're working with cloud applications like Office 365 or Salesforce. You no longer have their security measures under your own control and have to rely on the promises of providers. That can go wrong, of course, as the attack on Microsoft Web Mail services and the recent incident at Salesforce show. Even large cloud applications are no longer safe from attack. Sooner or later, attackers will find a way to exploit a vulnerability. And then those who have taken precautions are at an advantage. For example, by preparing their data in such a way that attackers can't do anything with it. The best way to do this is with encryption. So if you really want to be secure, you need to ensure that your sensitive data is encrypted outside the company at all times. In this way, attackers can only capture unreadable data.

Companies should therefore make encryption the basic of their security strategy. The saying better be safe than sorry is more relevant than ever. After all, fines in the millions are just as much at stake as the good reputation of the company. Not to mention the loss of information or the impact on customer relations. Data protection can therefore become an invaluable competitive advantage.