Why Encrypted Messaging is a Must for Enterprise Companies

Cloud productivity and collaboration software has made it easier than ever to communicate with co-workers. But you should be using encrypted messaging to get those deadlines, questions, and orders across. 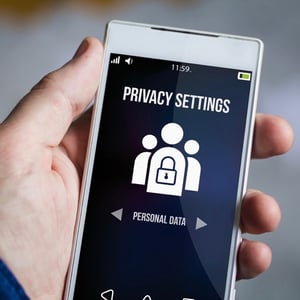 Cloud computing makes accomplishing team-based work easier than ever. Apps and services such as Dropbox, Microsoft Office 365, and Salesforce allow employees to work on a task, leave the office, then continue that same project on a laptop in a different location, whether that’s at home, at the airport, or across the globe. Similarly, apps and services like Messenger and Slack allow teammates to seamlessly communicate ideas and questions across devices and interfaces without skipping a beat.

However, this ecosystem of cloud productivity apps and messaging services does have a distinct downside, notably their vulnerability. All those employee log-ins, passwords, devices, and app subscriptions are open to outside attack such as phishing scams or malware, which could then lead to data loss or intrusion. Valuable company messages full of confidential company, customer, or employee information such as project plans, health care or payroll data can be stolen.

That’s why, when transmitting confidential data, it’s important to lock down your messaging apps and systems with end-to-end encryption which scrambles regular message text into unreadable ciphertext. Otherwise, unencrypted messages could lead to catastrophic and costly data breaches, which could result in heavy financial and reputational loss for any enterprise organization not implementing best security practices. Those practices include firewalls, multi-factor authentication, strong passwords, and of course, encryption.

There’s a variety of ways to go about encrypted messaging. Signal, the messaging app famously used by NSA whistleblower Edward Snowden, remains a safe and secure way to send confidential communiques back and forth thanks to end-to-end encryption that ensures only the message recipient can read what is sent. The aptly named team-based collaboration service Microsoft Teams uses the same kind of enterprise-grade encryption as the Microsoft Office 365 suite of apps, which ensures data is locked down by advanced 256-bit encryption.

Of course, email should not be neglected either—it’s still the primary way over half of American workers communicate with co-workers. Although standard email services such as Gmail or Microsoft can be hacked through phishing malware or easy-to-guess passwords, certain software solutions can be added to help protect the contents of missives. Both Google and Microsoft offer more advanced email subscription plans that include more powerful encryption than the standard, free, consumer-grade email service.

There are also solutions such as eperi Gateway, which go even further and protect company email and other data with encryption that only authorized users can decrypt with the appropriate encryption keys. And those keys? They’re always in your control via a centralized, customizable hub so that unauthorized users can never get to them. Even the cloud service provider - its employees and administrators - will not have access to the cryptographic keys, which adds security in the event of a compromised security vulnerability on the cloud provider side.